Push (2001/2003) is defined as follows: 1. To exert outward pressure or force against something; 2. To advance despite difficulty or opposition, press forward; 3. To expend great or vigorous effort. This work utilizes a two-note motive, a rising figure, and a lyrical melody to musically represent the word “push”. These materials are used to set many different moods: driving an d aggressive, funky, jazzy, lyrical and “techno”, but always exhibit a strong sense of the “push” regardless of the character they are displaying.

Originally scored for wind ensemble, this orchestral version of Push was commissioned by James Tapia and the Syracuse University Symphony Orchestra. It was the winner of the Minneapolis Pops Orchestra’s New Repertoire Award in 2011, selected as a Finalist in the 2009 Loudoun Symphony (VA) American Composers Competition and the 2005 Columbia Orchestra American Composer Competition, and performed as part of the 2004 Minnesota Orchestra Reading Sessions. The original work was commissioned by the University of Houston, University of Texas at Austin, University of Oklahoma, Sam Houston State University and Cypress Falls High School. 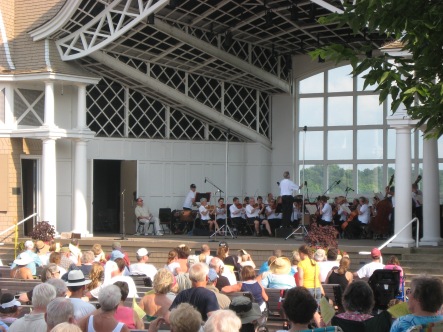